Collen Nyanhongo from Zimbawbe shows students how to beat the stone 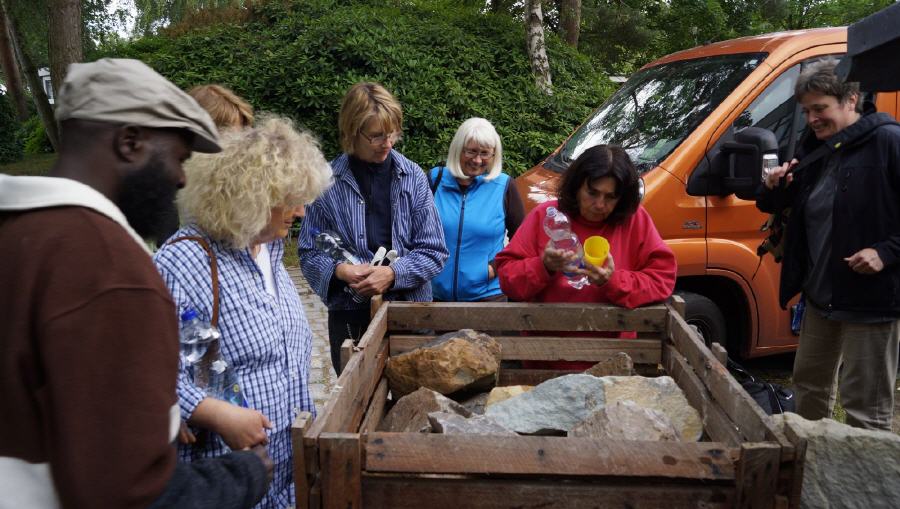 The sculptor from Zimbabwe is giving a sculpture workshop to the Africa project and is working on a 2.60-meter high sculpture at the Lessing High School, for which he brought the stone from his homeland.

Norderstedt. Loud knocking points the way to the old bicycle shed in front of the entrance to the vocational training center Norderstedt next to the Lessing Gymnasium. Thirty-four students from both schools are hitting stones with all their might and desire. Rocks flying, goggles and aprons are essential. “Here it looks like in Africa,” says Reinhard Thiemann, and the English and physical education teacher of Lessing-Gymnasium knows what he’s talking about.

Thiemann loves Africa, he loves Shona stone carving, and he has also organized the Art Course for the 34 students for the Urban Africa Project. As a sculptor teacher, he asked Collen Nyanhongo from Zimbabwe to Norderstedt, who works in the sense of Shona art, typical of Zimbabwe. The Shona style is characterized by archaic, often mystical shapes, figures, and faces.

Reinhard Thiemann has known Collen Nyanhongo for a long time. The sculptor traveled to Zimbabwe for the 14-day workshop and lives with Thiemann. Nyanhongo is the son of an artist family. Even his 80-year-old father is a sculptor, and all ten siblings also work in the arts. Collen also brought the Opal Stone from his home country. When he was unloaded behind the refectory of the Lessing Gymnasium, the relatively soft stone weighed 1.2 tons. He is white with many gray shades. A small exhibition of Nyanhongo’s sculptor’s art in the cafeteria of the gymnasium shows how many-colored the stone can be. “I listen to the stone intensely when I work with it,” says Nyanhongo.

From the 1.2-ton chunk left only 800 kilos. Nyanhongo has worked a high, pleated thinker’s forehead out of the stone, a long face is recognizable, supported by a hand with splayed fingers. Raw is the style, hard and edgy. Still.

The artist has brought with the stone real floor wax from Africa to polish his work. For now, however, he needs a few hours to work on it with a hammer and a chisel. His time in Germany is tight, on July 11, the plane goes back. “I would love to see the NordArt exhibition at the Carlshütte in Büdelsdorf with the huge sculpture park,” says Nyanhongo, who is very pleased to teach German students how to work with the stone from his homeland.

“I first hit a hole in the rock, it happened like that,” says Lennard. “I thought that would be an eye, but now it could become a dinosaur,” says the 15-year-old pupil of Lessing High School. The stone tapping makes Lennard happy because he could switch off so well.

“I always wanted to discover something artistic for myself,” says his classmate Annika. The 15-year-old is guided by the stone. “Stoning is exhausting, but it’s nice to see something develop under your own hands,” says Annika. “I did sculpting at the age of eight, and I think it’s great to work with my friends on the stone now because we can share our experience,” says Vanessa.

“We would like to show the pupil’s work at the Afrikafest on Sunday, July 6, in the city park in Norderstedt,” says Thiemann, who has prepared the sculptor’s workshop with Collen Nyanhongo and Thomas Behrendt for one year and the cooperation between the Lessing Gymnasium and the Vocational Training Center praises. Gladly he would have placed sculptures of Nyanhongo in the city park but saw the Stadtpark GmbH no way to implement the theme of the sculpture garden in the city park in a timely manner.

“For this, we have to develop an overall concept,” says Kai Jörg Evers. The managing director of the city park adds: “It is neither useful for the artwork nor for the city park to put up some artwork without a conclusive concept, but that takes time.”

Thiemann, meanwhile, is still looking for sponsors for his sculptor project. “The Rotary Club has borne the cost of the stones, including transport from Africa, to the tune of € 2,500,” says Thiemann. Now the money for the fees for Nyanhongo and Behrendt would be missing. The cost of his plane ticket carries Nyanhongo itself.

Donations for the Sculptor Project go under the heading “Sculpture Workshop Africa” to the Friends of the Lessing High School Volksbank Elmshorn, IBAN: DE742219 0030 0037 2604 50. 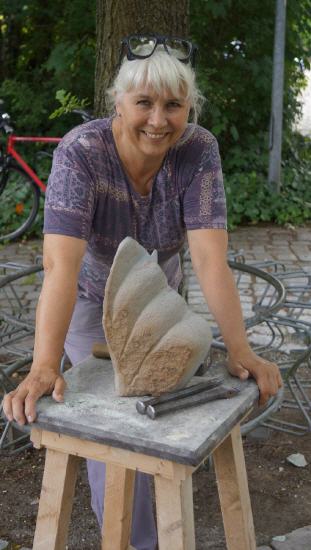 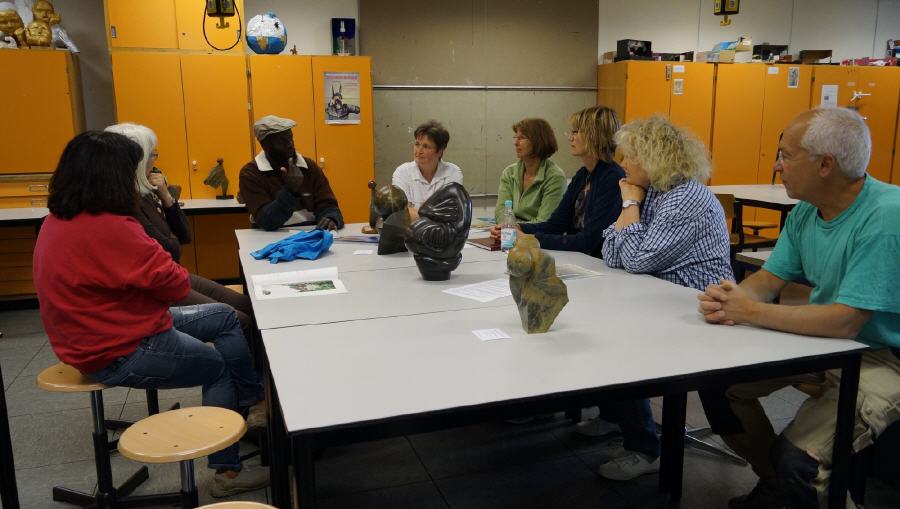 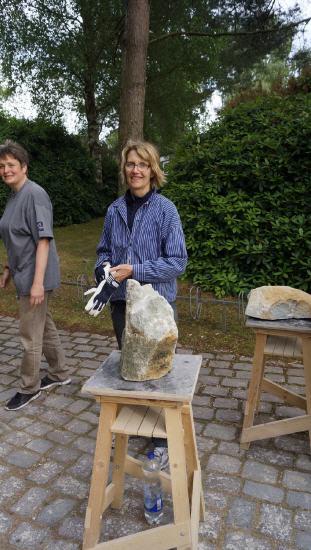